Time is passing and I am not writing as much as before, as my travel rhythm has changed somewhat…

We stayed more than a month in Cuzco, during which we organized an expedition to the Ruins of Choquequirao. I already knew this magical place and how difficult it is to get there; but it did not discourage me from going back there, on the contrary!

From Cuzco to the Mirador de Capuliyoc

We decided in early January to leave for Choquequirao with two Argentinian girls, Mechi and Nati, and a Venezuelan, Hector, all met at the hostel where we were staying. After all the necessary preparations (mainly the food supplies!), we left at dawn with a bus to Abancay. About an hour before Abancay, the bus left us at the crossroads leading to Cachora, the village where the trek to Choquequirao begins.

We continued straight away with a taxi that drove us to the Mirador de Capuliyoc, saving us 10 km of walking, which are not the most exciting of this trek. The advantage of being 5 people: the taxi is much cheaper and is not a luxury like for one or two people!

Once at the Viewpoint, we played some music in front of the superb canyon, had lunch, bought our entry ticket to the ruins, and enjoyed the view (the viewpoint is 2,850 m above sea level, with a magnificent panorama on the surrounding mountains) before starting the adventure for good.

Last year I had done this part of the trek only on the way back and with a clear sky, letting us see the glaciers in the background for the whole climb. This time the mountains were hidden by some thick clouds, and we could only see some small parts of snow from time to time – not so surprising during the rainy season. However we were spoiled as various rainbows crossed the canyon, offering superb views.

This first part would be rather short, only 7 km of descent. As we started to walk late – in the early afternoon – it was better this way and would give us time to get used to the weight of the bag and the pain of blisters that was starting for some of us. In addition, I preferred staying at Chikisca campsite, a place already tested last year: adorable owners, large green area surrounded by banana trees and papayas, with a view over the glaciers if the sky is clear … and with small chicks and baby pigs running everywhere and catching all the attention!

We prepared our camp and had and early dinner, with the aim of getting up early the next day for the toughest stage that was waiting for us (11 km, including 6 km of climb with 1,400 m of elevation).

The terrible climb to Marampata

We woke up at 4 AM, ate a bowl of oats, folded our tents, and started our walk. We started with a 2 km descent, joining the rumbling Apurimac river. We took a break at the bridge that joins the two banks, before starting the long climb that was awaiting us. Not that long actually, but so steep!

Ricaurte and I quickly got ahead of our companions, who were walking much slower. Ricaurte climbed even faster than me but we met from time to time to take a break. The first part of the climb was painless, as the sun was still hidden by the clouds. Going up at a regular rate, I could admire the orchids, cactus and other flowers that abounded all around the trail.

The last two kilometers were the most difficult. This time the sun was knocking hard, the shade was scarce and the inclination of the slope (plus the weight of the bag loaded with food) was so intense that I had to take a micro-break at each curve. I arrived around noon in Marampata, the village located at the top of this grueling climb. Ricaurte was there for a while already. We had lunch there because our buddies (whom we had largely outdistanced) had all the ingredients for the picnic. It was a bad calculation not to share the food before leaving!

Marampata has changed quite a lot in a year. The village now offers more accommodation, showers with hot water and even Wi-Fi in most campsites. The “touristification” of Choquequirao is on its way!

Satisfied and rested, we left in the early afternoon for the last part of our walk. 3.6 km of ascent and descent (a little more fun to alternate the two!) on a slightly shaded path; the hardest part was definitely behind us! We were walking briskly despite our tired legs and feet. We arrive before 3 p.m. at Choquequirao campsite, with plenty of time to settle in and recover from this intense day.

We pitched the tent, had a well-deserved nap and emerged around 5 p.m. as a thunderstorm was approaching. We were starting to worry about our companions who had still not arrived. Hector ended up joining us shortly after. He had abandoned the girls when seeing the rain approaching (he was with his guitar without even a cover for it) and would just manage to anticipate the rain.

The girls didn’t have this chance, and they arrived under the storm, completely exhausted. For their first trek of its kind, it was a bit challenging! We warmed up around a good campfire and a nice dinner, and then everyone left to get some deserved rest.

The ruins of Choquequirao

After a night of restful sleep, we left to visit the long-awaited ruins. No matter how well I already knew the place, I was happy to explore it again. In addition, the rainy season changed the game: there orchids all around, a real paradise! I took almost more photos of flowers than of the ruins, but how could I resist?

Choquequirao is still a mystical place. Only 30% of the ruins are visible, yet it takes at least one full day to explore them. It is a site which extent is difficult to describe, and which does not fail to surprise its visitors. My companions had this feeling too; they were far from imagining that Choquequirao was so impressive.

Each part of the ruins makes you want to stay at least an hour to enjoy the atmosphere, fully admire the mountains all around, appreciate the silence… but alas there is not enough time to take this luxury! But still, we enjoyed every single minute in each space and only returned to the campsite at the end of the day, all amazed by this incredible place.

Stuck in the tent

In the evening, I felt feverish and with a persistent migraine. I then went to rest early, hoping that it would go away with a good night sleep. Unfortunately it was not the case when I woke up, so I advised my companions to explore the ruins of Pinchaunuyoc (some terraces I had visited the year before, coming from Machu Picchu) while I would stay to rest at the campsite.

Ricaurte only came back at dusk (as always, much faster than our other companions), after a magnificent sunset. I offer you some photos that he took during his expedition. For my part, the migraine was a little bit weaker but it was still worrying for the next day, since we had to start coming back to Cachora.

The only solution: continue to sleep as much as possible, and leave very early to avoid suffering from the sun.

Having already noted on several occasions that our companions were lazier to get up and slower to get ready in the morning, we decided to leave without waiting for them. Up at 4 a.m., we were already on our way at 5 a.m. Ricaurte was carrying a good part of my load to help me and we left quickly.

Thick clouds were covering the mountain, bringing appreciable coolness to walk. Fortunately my migraine was much weaker and I managed to keep up. We start the descent from Marampata, as the village was barely waking up. I usually don’t like so much going downhill but in these morning conditions, we hit the trail quickly. We were by the river as the sun was just beginning to emerge from the clouds.

We took a short break, and then went up the 2 km that separated us from the Chikisca campsite. The sun was now strong and the climb was much more intense, making us sweat heavily. We arrived before 10 a.m. at the campsite, with the full day to rest and enjoy the calm of the place. Our companions arrived several hours later, much more tired because of the sun.

Convinced that we had to avoid the sun as much as possible for the climb to Capuliyoc and the return to Cachora, we left at 2:30 a.m. with Ricaurte; in the light of our flashlights. We did the following climb (1200 m elevation in 7 km) much more quickly, and arrived before 6 a.m. at the viewpoint, immersed in a thick mist.

We still had 10 km to walk to Cachora, which we did as quickly as possible. Having had to advance money to Hector to pay his entry to Choquequirao, we were ending up the adventure without enough money to return to Cuzco. We just had enough to take a colectivo to Abancay, the nearest big city where I can find an ATM.

We got there around 10 a.m., withdrew some money, had a well-deserved lunch at the central market, and then went to Cuzco. We would have preferred avoiding this trip to Abancay, which forced us to make a big detour (time and moneywise) but we had no other option.

We were happy to find the comfort of our hostel in Cuzco after such a long day. We stayed there until January 20th, before hitting the road to Arequipa (only two days there because there is too much rain) and then Puno, with the aim of moving quickly to Bolivia.

Taxi from the crossing of Cachora to the Mirador de Capuliyoc: 70 soles for 5 people

Hospedaje Casa Los Pajaros: 30 soles per night in a double room, price negotiable for one month. Family hostel on the heights of San Blas, with a well-equipped kitchen and very pleasant little terrace. Very recommendable!

Camping Chikisca: 5 soles per tent, in a space with a magnificent view, surrounded by banana trees and papaya trees, little pigs and chicks running everywhere… a real haven of peace, except for the mosquitoes which do not give you one minute’s respite!

Most campsites and premises in Marampata offer a lunch (= a single dish) for 10 soles. They also sell pasta, rice, cookies, drinks, bananas etc. for a fortune.

Ruins of Choquequirao: 60 soles for the entrance, free camping on site 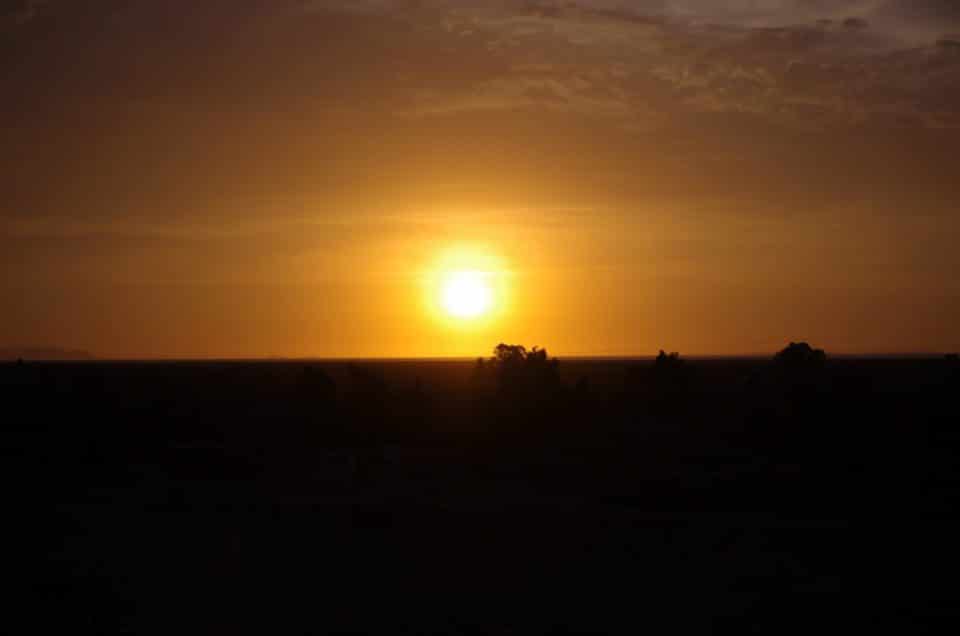 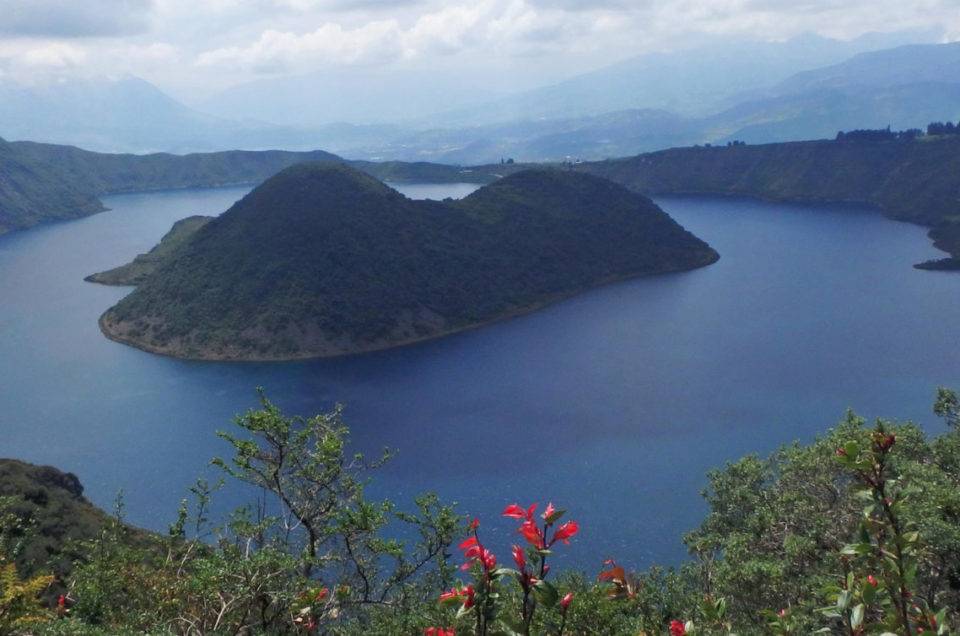