Back to Peru, back to Chachapoyas

Almost one year after, here I am back in Peru and more exactly in Chachapoyas, a small touristic town between jungle and mountain, surrounded by canyons and spectacular waterfalls. After a good week in this first stage, we then embarked on a long, very long journey to the south of Peru… but I will tell you all about it right after!

The structure of my articles will now change a bit, as my way of travelling changed itself. For those who didn’t follow latest gossip (read Finca Sagrada: final clap), I no longer travel alone but as a couple, and with a musician… which means that we play in the street and restaurants to finance our trip, and that we potentially stay longer in some cities, but without expeditions and adventures to tell every day.

Therefore I will no longer detail my life day by day as before; but shall write only on the days when we make specific activities, or the summary of certain wanderings. Hoping that you will still be interested, dear readers! 😉

From Vilcabamba to Chachapoyas

We left Vilcabamba on December 1st after our last farewell and a memorable birthday for me at the Finca, just the day before our departure. I had already made this trip the other way around one year ago and knew it would be long … and it didn’t change! A whole day in the bus, through magnificent landscapes of lush nature, but only through the mountains. Sensitive souls be careful!

After crossing the border of La Balsa and saying goodbye to Ecuador for a minimum of two years (our punishment for having exceeded our visa time), we arrived in Jaén in the early evening, too tired to continue our trip. We therefore spent the night in the first hostel found and continued the next morning, heading to Chachapoyas.

We finally arrived in the middle of the day, quite happy to put our bags down… and to meet one friend of Ricaurte at the hostel, as well as Margot, a volunteer friend of the finca! Then as you will have understood, followed several days without specific activity, but the daily life of the “musicos” (playing in the street early, going from one restaurant to another at lunch and dinner times…). A new exercise for me but that started pretty well at Chachapoyas, whose audience was rather receptive and collaborating.

Even though I had been to Gocta Falls last year (read Chachapoyas, between jungle and mountains), I went back to this place with pleasure. We climbed it through the village of Cochabamba (fortunate enough to be hitchhiked by a truckload of furniture), which leads directly to the second fall. Impossible to do the complete loop as I had done the last time and to see the two falls (for that you have to leave from the village of San Pablo) but we still largely benefited from the experience, spending more time at the waterfall to take full advantage of it.

The abundant vegetation, the birds (especially the gallito de las rocas, emblematic bird of Peru that I had the chance to see last year and could see again!), the spectacular force of the falls… this place is definitely a must in the region!

There are other falls to visit in the region, even higher than those of Gocta (Gocta = 771 m high, Yumbilla = 895 m, which would make it the 3rd, 4th or 5th tallest in the world; the information found on the internet does not match!) and yet less famous.

First you have to go to Pedro Ruiz, then take a motorbike taxi to the village of Cuispes for a 10-km climb. With the whole day ahead, it is then possible to walk up the 5 km of road which goes from the village to the entrance of the park. Otherwise you have to take another motorbike taxi.

As we had arrived a little late, at the beginning of the afternoon, we had to choose this last option to make sure we would reach the falls and descend before night. The path to the falls is similar to that of Gocta, winding up and down constantly, and surrounded by lush forest. It goes through two other smaller falls before arriving at the Yumbilla ones in about 1h30.

We only had time to go to the first two view points, before we had to take the road back. We were indeed short of money to return by motorbike taxi, so we were going to have to descend the 15 km of road (= dirt road and stones) on foot! A farmer passing with his motorcycle taxi saved us for the last 3 kilometers, hitchhiking to Pedro Ruiz.

These falls are slightly more difficult to access than those in Gocta and cost more, especially due to transportation. I highly recommend them, however. Little known, they are magnificent and there are other equally spectacular falls to visit nearby. The best would surely be to go for two or three days to the village of Cuispes, or even camp there, and take your time…

The days that followed were challenging for our bottoms. We left Pedro Ruiz for Moyobamba, a small town 200 km east, marking the start of the Peruvian jungle. We were thinking of going down through the jungle to the south of Peru, but after a failed hitchhiking attempt (very few cars, only trucks and mini-buses) and a bad feeling in Moyobamba, we left the next day with a direct bus to Lima.

Obviously an uncomfortable bus to spare the wallets, and with its many stops and a change of bus in Trujillo, took us 34 hours in total! Endless… we left at 6 p.m. from Moyobamba, arrived at 4 a.m. in Lima, completely exhausted. We spent the “night” (= from 5h to 10h in the morning) in a way too expensive hostel, went to do some shopping (but it was a fail as everything was closed on Sunday) and left without further ado – to Cuzco! You know my dislike for big cities, and more than anything for Lima… I had no desire to stay there any longer.

So we took the road to Cuzco the same day. A journey which in theory lasts 22 to 24 hours maximum… well, we already had our bottoms sore from the last trip and didn’t know anymore how to sit and find a comfortable position. So what more could you ask for than an accident in the middle of the mountain, which blocked our bus from 2 am to 8 am!

The view at sunrise was sublime, I grant you, but our patience was challenged. Not to mention that our driver had not stopped the night before to let us have dinner, and under these conditions couldn’t stop for breakfast either. It was not until 11:30 am that we had a meal worthy of the name!

We finally arrived in Cuzco 28 hours later, at night and under the rain (but that we knew, we were coming to the rainy season). Exhausted, and reluctant to take any other bus for a while believe me!

Aventura Backpackers Chachapoyas: 35 soles for a double room (instead of 40 soles), with large kitchen and pleasant spaces.

The other accommodations mentioned in the article are not worth described, they were just places to get some rest but were not particularly comfortable, pleasant or recommendable. 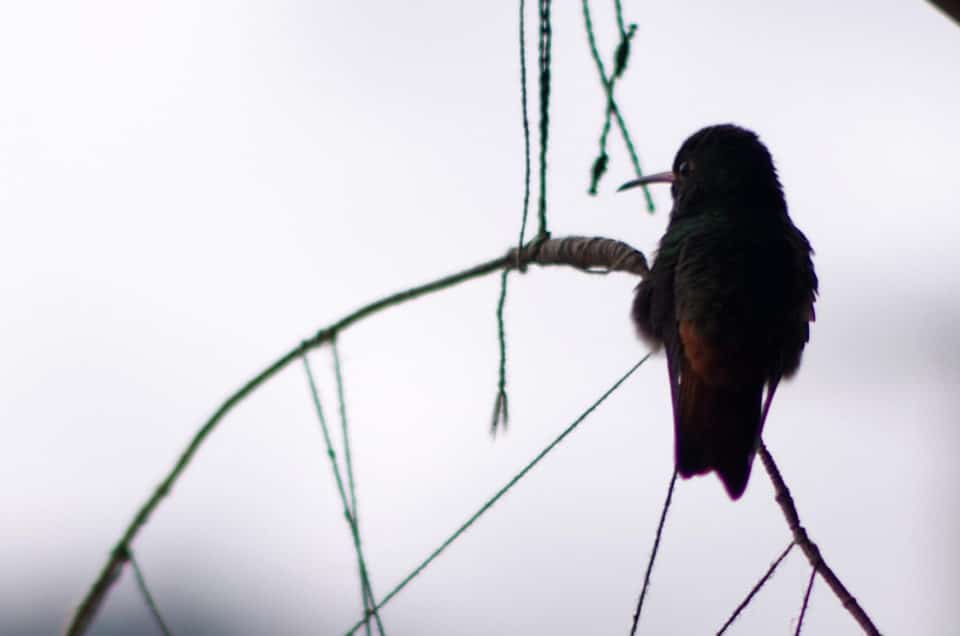 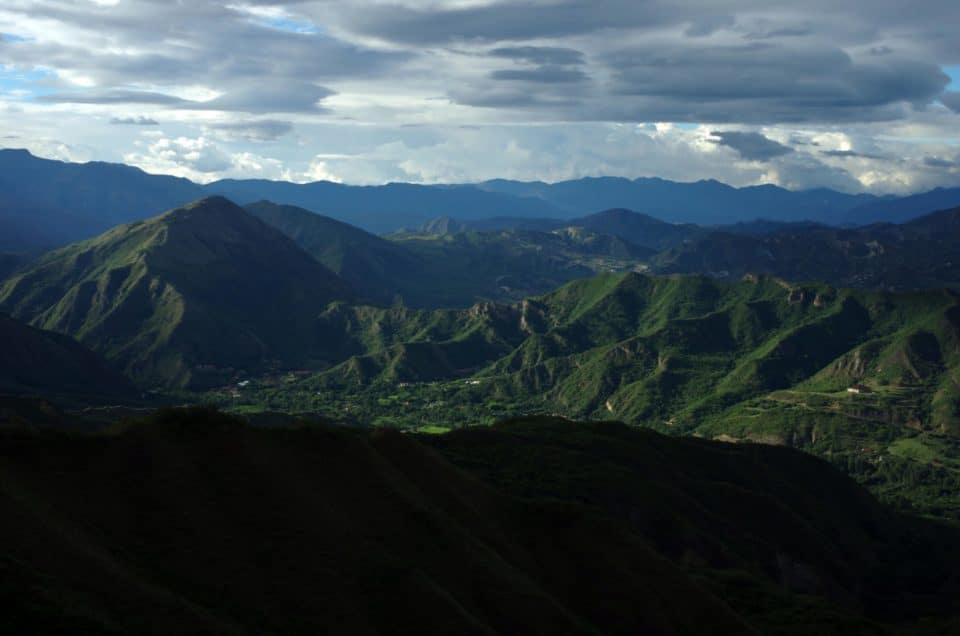